Our YA Picks to Support LGBTQ+ with Your Students 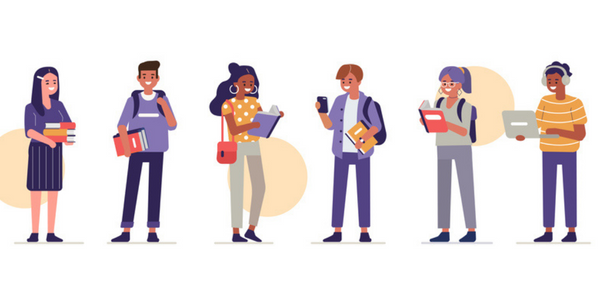 These YA books spotlighting LGBTQ+ characters and themes are perfect reads for your high schoolers. From realistic fiction to science fiction and fantasy stories, these are a few of our favorite books right now, along with some downloadable reading guides and resources to spark conversations and reflection.

Check out the full list on Titlewave, where you can shop for books or find helpful resources such as similar books tagged by topic or focus area.

Aristotle and Dante Discover the Secrets of the Universe

Aristotle is an angry teen with a brother in prison. Dante is a know-it-all who has an unusual way of looking at the world. When they meet at the swimming pool, they seem to have nothing in common. But as the loners start spending time together, they discover that they share a special friendship; the kind that changes lives and lasts a lifetime. It’s through this friendship that Ari and Dante will learn the most important truths about themselves and the kind of people they want to be.

The Great American Whatever

Quinn Roberts is a sixteen-year-old smart aleck and Hollywood hopeful whose only worry?used?to be writing convincing dialogue for the movies he made with his sister Annabeth. Of course, that was all before Quinn stopped going to school, before his mom started sleeping on the sofa, and before the car accident that killed his sister. Six months after the accident, everything changes when his friend drags him to his first college party where he meets a guy and falls for him – hard.

John’s life is an emotional shipwreck. His mom never touches him since his parents divorced and his dad would rather be anywhere than spending weekends with his son. John takes comfort in writing his zine and reading other zines like Escape Velocity by Marisol, a self-proclaimed “Puerto Rican Cuban Yankee Lesbian.” As their friendship develops, John’s protective shell cracks and he allows himself to admit his feelings about his parents and eventually for Marisol.

Fifteen-year-old Neo loves music, it punctuates her life and shapes the way she views the world. A life in radio is all she ever wanted. When Umzi Radio broadcasts live in a nearby bar, Neo can’t resist. She sneaks out to see them, and she falls in love with music and the night, but also with a girl ­– Tale, the lead singer. While their shared love of music grows, so does their love for each other. But not everyone approves. Then Neo lands her dream job of working at a popular radio station, and she discovers that using your voice is sometimes harder than expected, and there are always consequences.

Some Assembly Required: The Not-So-Secret Life of a Transgender Teen

In this revolutionary first-of-its-kind memoir, seventeen-year-old Arin Andrews details the journey that led him to make the life-transforming decision to undergo gender reassignment as a high school junior. In his captivatingly witty, honest voice, Arin reveals the challenges he faced as a boy in a girl’s body, the humiliation and anger he felt after getting kicked out of his private school, and all the changes ­– both mental and physical – he experienced once his transition began.

Seventeen, fashion-obsessed, and gay, Abby Ives has always been content playing the sidekick in other people's lives. While her friends and sister have plunged headfirst into the world of dating and romances, Abby’s been happy to focus on her plus-size style blog and her dreams of taking the fashion industry by storm. When she lands a great internship at her favorite boutique, she's thrilled to take the first step toward her dream career. Then she falls for her fellow intern, Jordi Perez. Now she's competing against the girl she's kissing to win the coveted paid job at the end of the internship.

In an alternate Victorian world controlled by clock towers, where a damaged clock can fracture time and a destroyed one can stop it completely, a prodigy mechanic can repair time itself. A boy would give anything to relive his past, and would give anything to live at all in this romance that will shake the very foundations of time.

We Are the Ants

Abducted by aliens periodically throughout his youth, Henry Denton is informed by his erstwhile captors that they will end the world in 144 days unless he stops them by convincing them that humanity is worth saving. But does he want to save the world? After all, life hasn’t been great for Henry. Weighing the pain and the joy that surrounds him, Henry is left with the ultimate choice: push the button and save the planet and everyone on it, or let the world and his pain be destroyed forever.

With or Without You

Eighteen-year-old Evan and his best friend, Davis, get beaten up for being loners, for being gay, and for just being themselves. But as rough as things often seem, at least Evan can take comfort in his sweet, sexy boyfriend Erik whom he’s kept secret from everyone for almost a year. After being recruited to join the Chasers, a fringe crowd that promises protection and status, Davis is swept up in the excitement and Evan is caught between his loyalty to Davis and his love for Erik. Evan has lied to keep his two worlds separate. Now his lies are about to implode and destroy the very relationships he’s been trying to protect.

The You I’ve Never Known

With both joy and fear, seventeen-year-old Ariel begins to explore her sexuality, while living with her controlling, abusive father who has told Ariel that her mother deserted her years ago. How do you live your life if your past is based on a lie? Find out in this moving story in both verse and prose by best-selling author, Ellen Hopkins. This is a memorable portrait of two young women trying to make sense of their lives and coming face-to-face with themselves for both the last and the very first time.

Biology, Chemistry and Physics for the IB Diploma

Trust experienced and best-selling authors to navigate the new syllabuses confidently with these coursebooks that implement inquiry-based and conceptually-focused teaching and learning.Developed in cooperation with the International Baccalaureate (IB)Shop NowThe new IB Physics Guide is much more diverse than previously,...
Read more

In today’s teaching and learning landscape, some topics can be hard to approach, discuss, and especially teach. Educator Larry Swartz has created a presentation on this topic, during which he shares an overview of recent literature sources that support teaching...
Read more

One of my favorite parts of being a librarian is helping our students find and connect to books. This happens in the library, within classrooms, in the lunchroom, at after-school events, and even walking down the hallway. Discovery and connection can...
Read more

Each year, experts at Follett compile a list of contenders for the winners of the American Library Association (ALA) Youth Media Awards (YMA) before the January announcement to give educators the inside scoop and purchase the top picks beforehand on Titlewave. Below,...
Read more

As one of 25,000 schools that use Follett Destiny® Resource Manager to easily track all district assets, you have access to an easy-to-use, centralized school management system that enables you to manage and distribute curriculum and technology resources, ensuring that you’re...
Read more

5 Ways to Unleash the Full Power of Destiny Library Manager